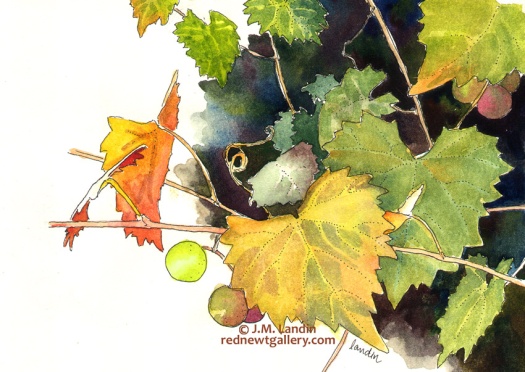 Scientists are discovering new species all the time.
If you discovered a new species, what would you name it?

All known species of life are given scientific names. These names consist of two words – the Genus (the group they’re a part of) and the Species, or “specific epithet”. For this grape vine growing in my yard, its scientific name is Vitis rotundifolia (“vine with round leaves”).

Scientific names often describe the organism, though sometimes they’re named for people or places. Names are Latin because it’s a “dead” language so the meanings of words won’t change as people use them.

The names also help us figure out relationships between species. For instance, other grape species include Vitis barbata (“bearded vine”), Vitis sylvestri (“forest vine”) or Vitis monticola (“vine dwelling on the mountain”). Since they all have the same Genus name, we know they’re closely related to our grape.

So, what would you name your new grape species? Vitis _____